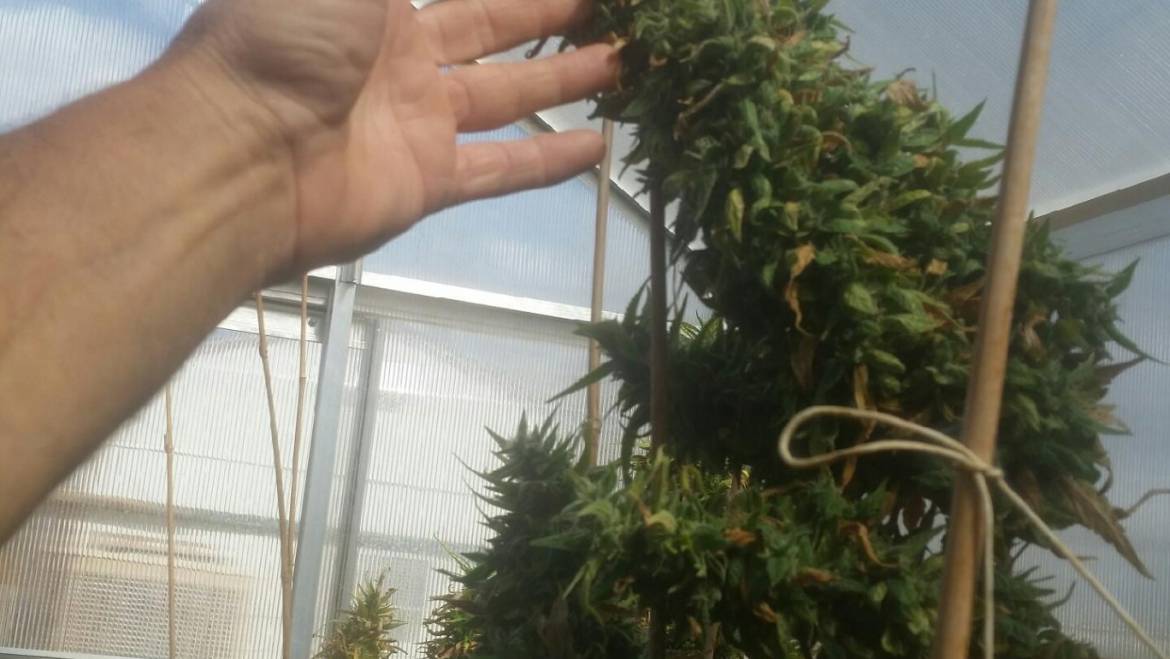 This is a breakdown of one of the Fuego OG outdoor grows that was completed while proving out the strain to be the perfect cross we were aiming for it to be. This grow was completed by a local grower in Southern California who was willing to test out the primary phenotype of Fuego OG. 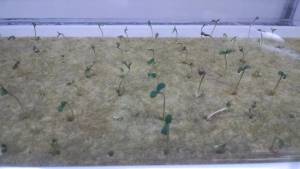 It all started with a tray of the Fuego OG seeds, these babies were not feminized and were started in rockwool with a minor nutrient solution. Typically we start seeds in a mondi dome using rockwool from grodan.  As you can see quite a few of the seeds came up right away, the total success rate was well above 90% and probably closer to 95%. Very happy with how these came out. Most of the seedlings began to show them selves within the first few days with the last one popping the same week that they were planted. 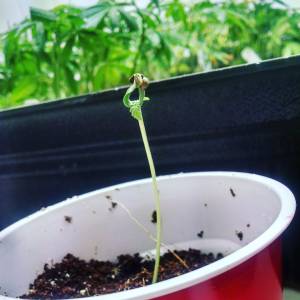 The next step once the seeds have popped is to begin to put the newly rooted seedlings into cups.

This is the first introduction to soil for the seedling and should be done as soon as the rockwool shows healthy roots. These cupped seedlings are then put under T5 lighting to insure that they get the best start possible. A seedling may live in a cup becoming more and more established for up to 2 weeks, however many are ready for the next phase of growth within just a single week. Out of this batch we had over 90 seedlings that were well established within their cups. 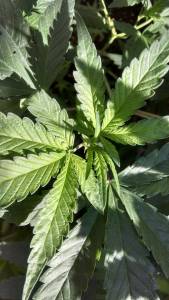 After The plants have had a chance to establish for a coupe of weeks they are placed into 1 gallon containers and introduced to the green house. This is a crucial point for the plants as it is the first time they are really able to be exposed to full light and the conditions that they will be grown in.

These girls did great, immediately showing distinctive leaf structure and branching out. The color was amazing and the over all presentation of the plants left very little to be desired.

Shortly after the plants reached 2 feet tall they began to show sex and all of the plants that did not show female were removed. If these were feminized seeds this would not have been necessary and ultimately reduced the garden by about 40 plants leaving us with a total of 42 well established Fuego OG plants, which to be honest was a bit more than the garden could really hold anyways. 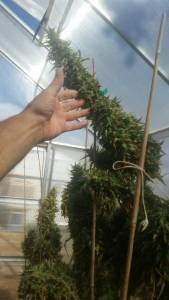 Once the plants were put into their respective 25 gallon containers they took off. After a short time it became apparent it was going to be difficult to keep them within the size of the green house and measures had to be taken. Some time in July many of the plants had to be topped an additional time and have their heights reduced, for a short time we worried that would effect the size of the main cola, but that turned out not to be an issue at all.

The primary branches were quick to shoot straight up and begin to develop large fragrant flowers which would eventually all require stakes to keep upright. By early September the whole green house smelled of the most amazing gasoline and pine combination and you could clearly see that these plants were going t produce some very large flowers. 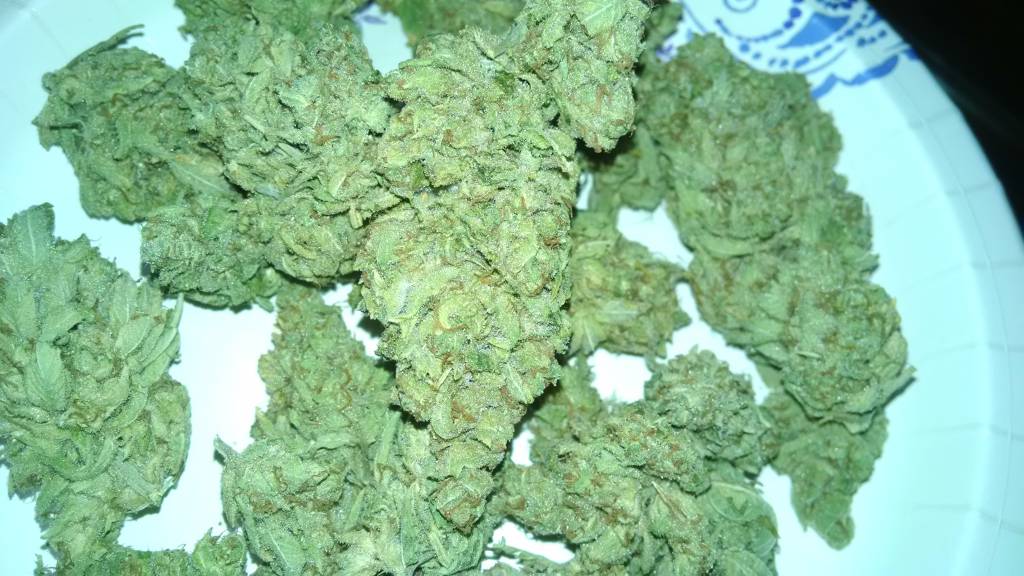 You can see by the finished product that this is a great representation of two long time favorite strains and does great to capture a bit of the cannabis culture. We were happy to be able to find these strains and could not be more proud of the unique strain combination that was created when they were crossed. A product of breeding two strains by design and a large pheno hunt has resulted in something amazing.